Low FODMAP Bacon & Gruyere Quiche (with some veggies too)! 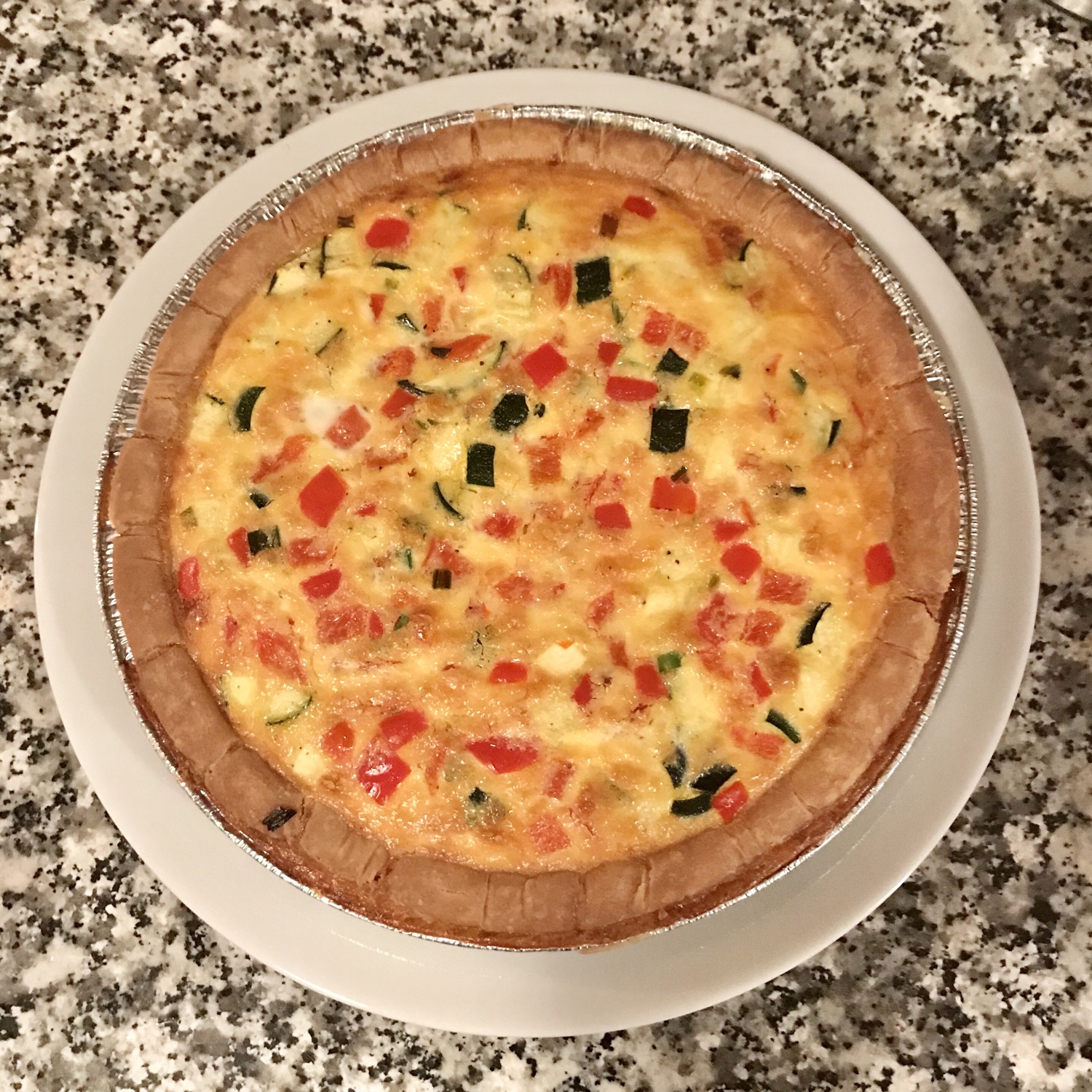 I am lucky to have a food-adventurous toddler. I wrongly assumed that quiche would be too “grown up” for him. Nope! He fell in love at first bite and routinely requests quiche dinners. He prefers a high meat and cheese to veggie ratio (duh!). But, he will suffer through a few veggies as long as they are ensconced in buttery crust and cheesy eggs!

I’m a working mom, so homemade pie crust is not going to happen too often around here. We have found Wholly Wholesome’s frozen gluten-free pie crusts to be excellent, and likely better and more consistent in quality than I could achieve. I am able to get them in the Frozen section of my grocery store in packs of two. 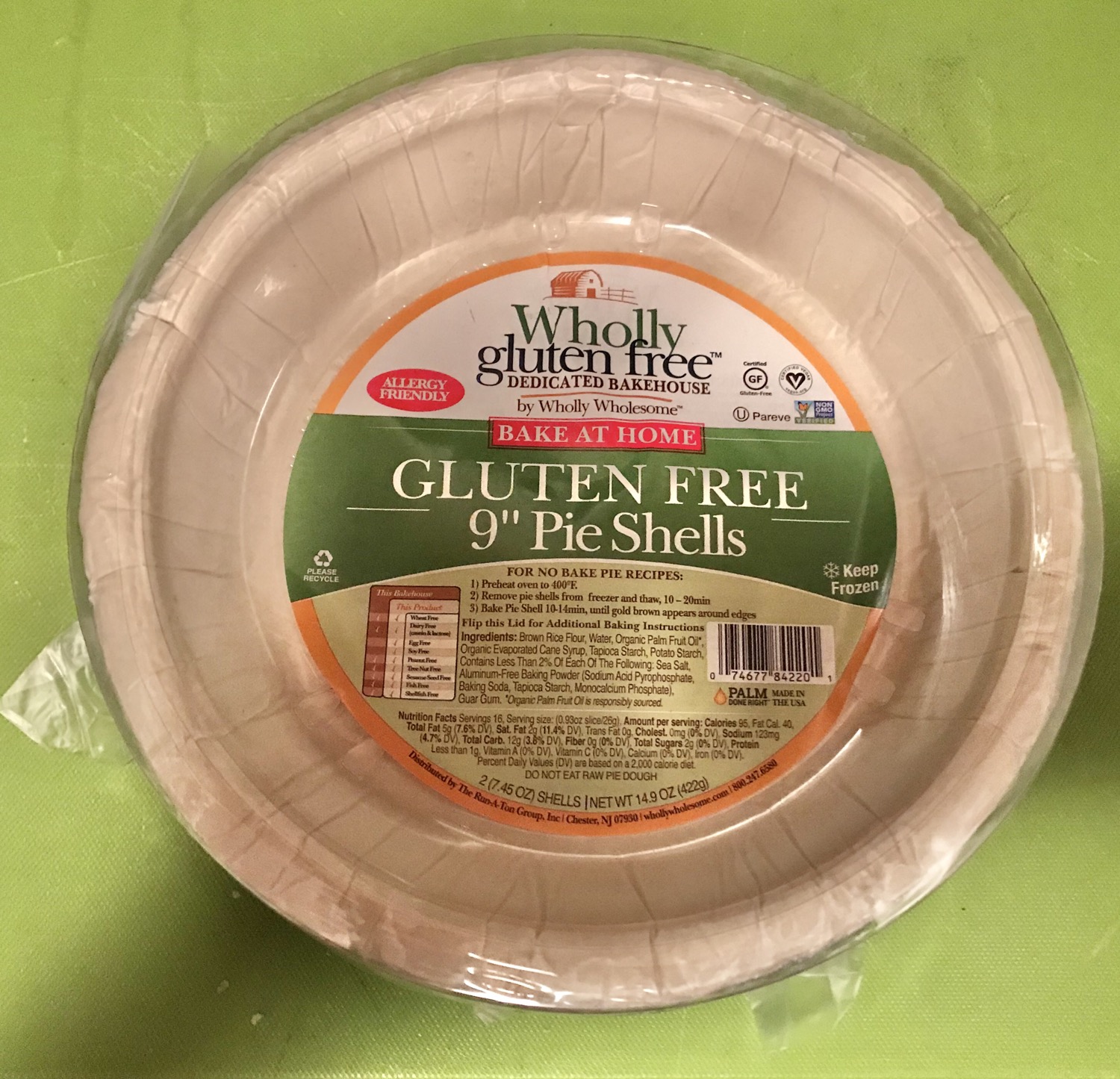 Quiche is an excellent option to manage food waste. It accommodates just about any combination of leftover meat, cheese and produce that you have on hand. I typically ask myself ‘Would this taste good in an omelette?’. If the answer is ‘yes’, then it will work in a quiche.

It’s always best to consult the Monash app to confirm that the amounts of produce being used are not excessive. I work under the assumption of 4 servings when calculating permissible amounts.

- While crust cooks, prep the bacon and veggies

- To prep the veggies: heat 1 Tablespoon of olive oil in a sauté pan over medium-low heat. Sauté the chives and bell pepper for 3 minutes. Add zucchini, salt and pepper. Sauté for an additional 5 minutes. Cook until softened, but not fully cooked. Cover a plate with 2 layers of paper towel. Thinly spread out veggies across the paper towel to cool and remove excess moisture. 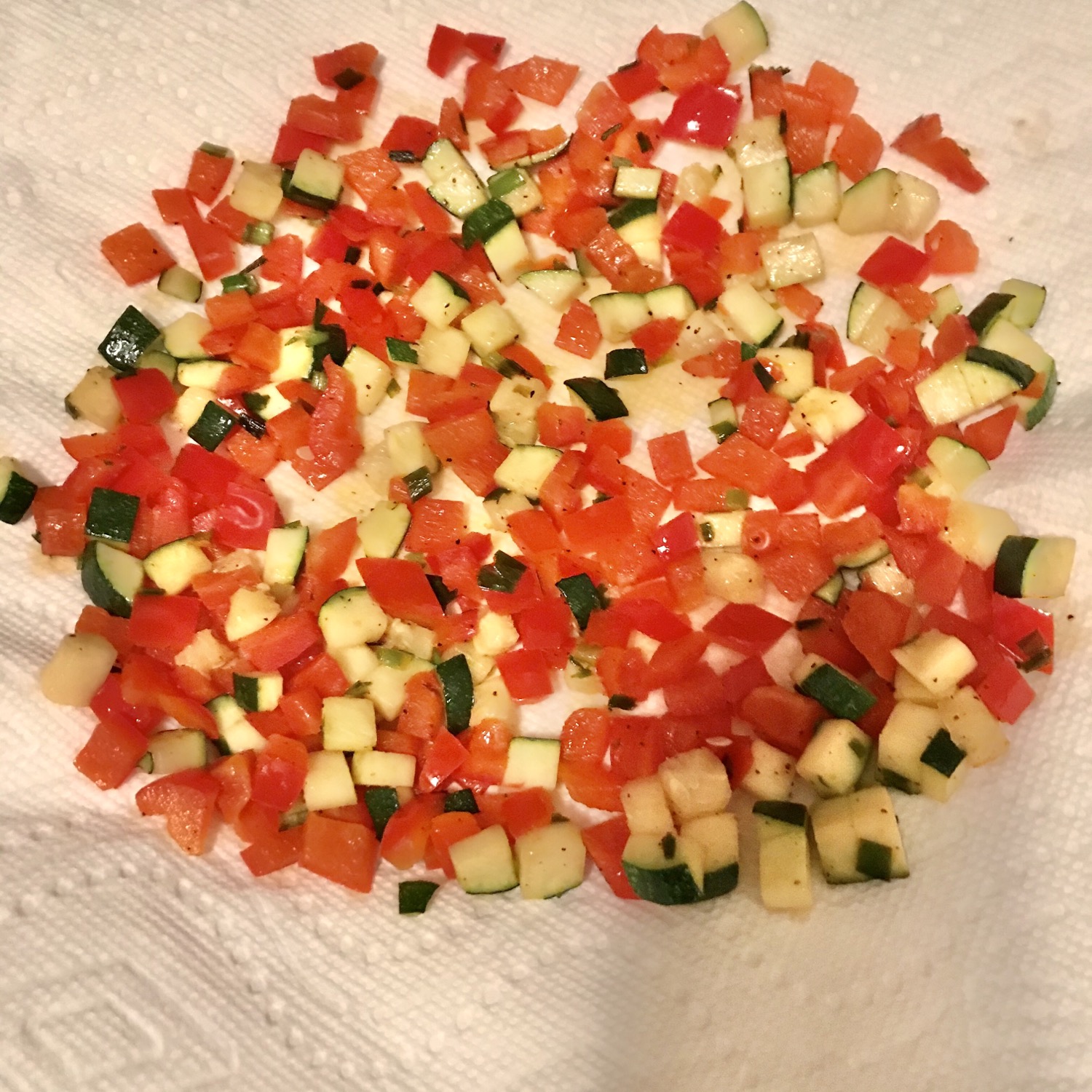 - While the veggies are sautéing, cook the bacon. Place 3 layers of paper towel on a plate. Put the 3 bacon slices atop the paper towels. Cover with 1 layer of paper towel. Cook on high heat in microwave oven until crispy (about 3 minutes). Remove and let cool for about 5 minutes. When cool, tear into small pieces. 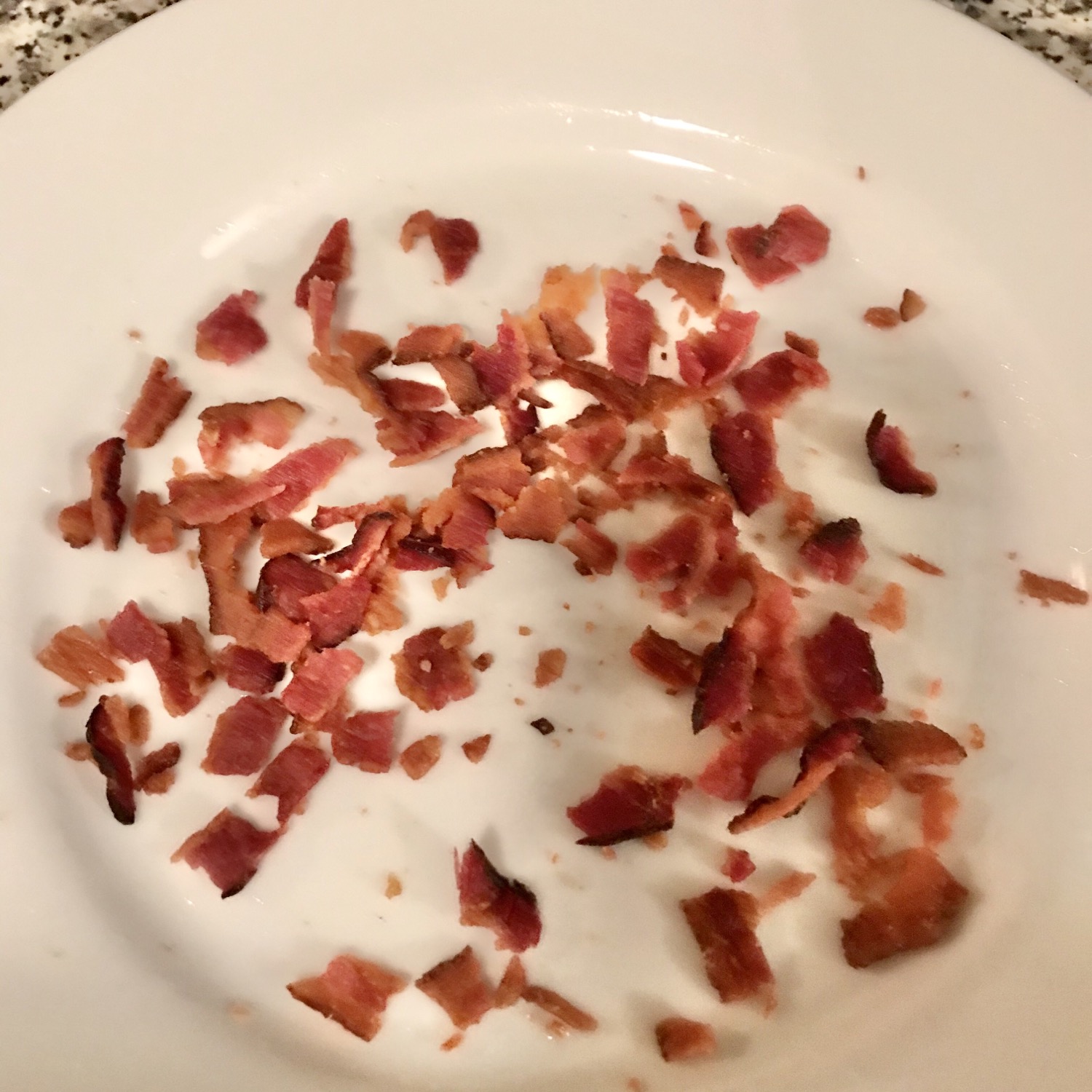 - When the crust is pre-baked, reduce oven heat to 350 degrees. Place the crust on a baking sheet

- Spread the shredded cheese evenly across the bottom of the crust. Then spread the bacon and cooled veggies atop the cheese

- In a medium bowl, whisk together the eggs, milk and cream until fully combined (there should be no streaks of unblended egg yolk in the mixture). When combined, pour evenly over the contents of the pie crust

- Cook for 25 minutes on baking sheet. At the end of 25 minutes, rotate the pie 180 degrees to cook evenly. Cook for an additional 20-25 minutes until the eggs are fully set, but not tough to the touch. Crust should be golden brown

- Allow to rest for 5-10 minutes before cutting into wedges